Blog - Latest News
You are here: Home / Walk to the Puig Roig

Today we take you to one of the classic excursions of Mallorca, an excursion around the Puig Roig where you will be able to see eveything: black vultures, old defensive towers, an old police barracks, a very curious house, wonderful views and much more.  You accompany us?

A couple of questions before starting the excursion:

We did the tour on Sunday, January the 27th. Important to know, the tour can only be done on a Sunday.

Because it is a simple excursion, with a wonderful landscape that reminds us how beautiful Mallorca is.

This was our walk:

We started the walk by the Mossa estate, a property already documented in the Llibre del Repartiment in 1232, which I read that belongs to the March family. The farm is very well maintained with a lot of olive trees around and the road is well indicated first by the farm and then skirting the house. A pity this last, because 9 years ago I made this trip and went ahead and I must say that it is beautiful. Although the weather during the week was rainy and cloudy, on Sunday it was just the opposite: no rain, no clouds and a good temperature. 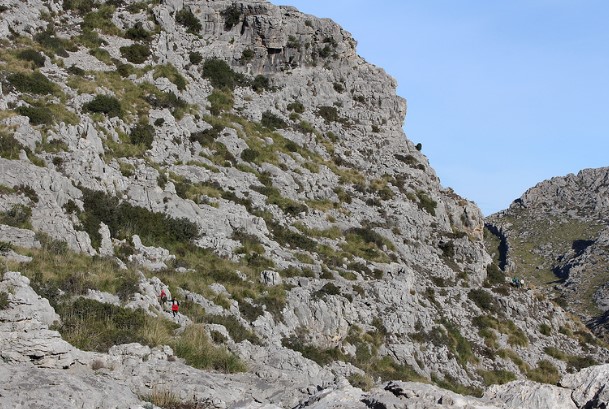 Then the road starts to ascend quickly and we begin to enjoy the views of the cultivated fields, the area of ​​Lluc and the mountains of Massanella or Puig Galileu. In addition, when observing the road we imagine how difficult it was to build it in those times and how ingenious they were.

In this way we arrived at the Coll dels Ases and we started to see the beautiful blue color of the Mediterranean Sea, following by the well-marked path which is so well observed along the way. We arrived at our first stop to regroup, some people walk faster than other, some like to stop to take photos and others share their curiosities. 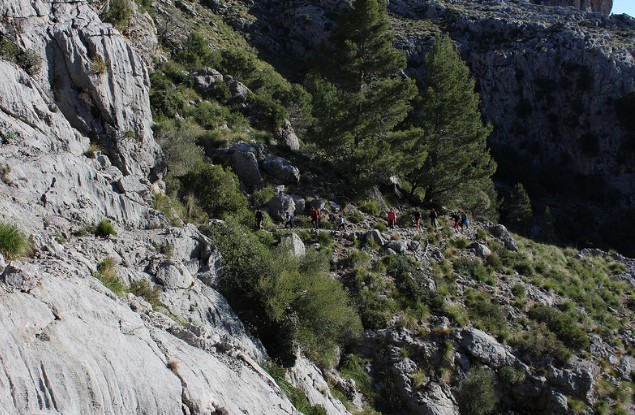 This place is called Coco de la Balma and is a small rectangular stone partly carved into the rock.

After the break we continue and soon we will get to where we would have one of the best views of the excursion. The view is fantastic with the sea, the remains of the defensive watchtower of the Tower of Lluc with in the background the Morro de Sa Vaca in the area of Sa Calobra. It is a sight that has no price! 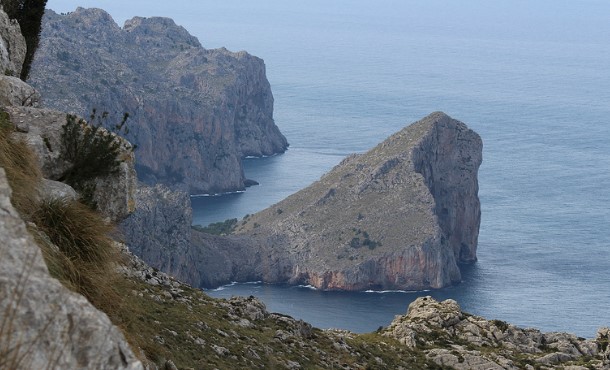 The tour continues between talks, so we come to the area where we found the old barracks of the carabineros, Toni explains some things:

If we see any of the pictures we can imagine that years ago this area was perfect for smugglers of tobacco and alcohol. The process was easy: disembarking the material on the Calobra, hiding it in the caves around and at night raising it to take it to the interior where they were going to obtain important benefits. In the face of this situation, the government created a patrol of carabineros to fight the smugglers and that is how the barracks we saw was built, which was in operation until around 1920 when it was suppressed. 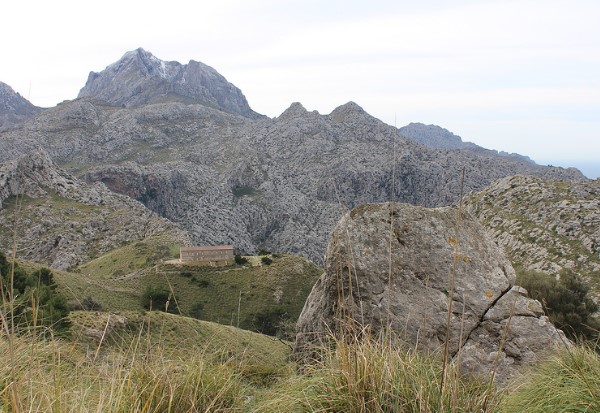 The barracks fell into disrepair and it was in almost ruins as you can see in the photo taken in 2006 when it began to be rebuilt. As a curiosity, the land next to where a clearing goes was a cultivation area that the carabineros had.

But the best is coming later; there are some of the most curious houses that you can find in Mallorca. Some houses already documented in 1234 that take advantage of the mountain to be built, a magical place that you marvel and in which you feel special. And as a picture is worth a thousand words I leave you with this photo gallery. Oh, do not forget, this is where we made our stop to eat. 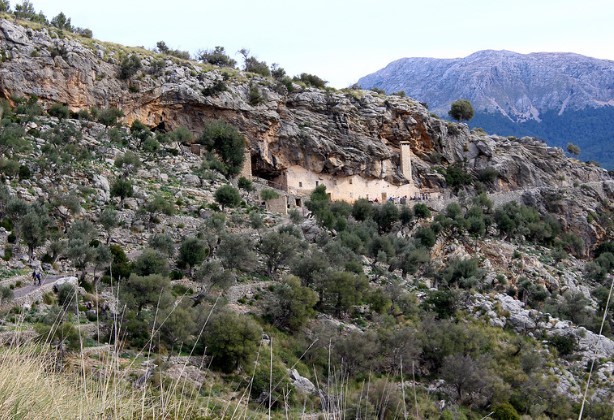 Our last part of the tour takes us through the Vall de Albarca where the landscape changes completely, but we still enjoy it, passing fields of cultivation, beautiful houses, finding many wonderful corners and noticing already the fatigue that accumulates in our legs and which makes us very happy when we arrive at the Lluc Sanctuary

Want to join the discussion?
Feel free to contribute!